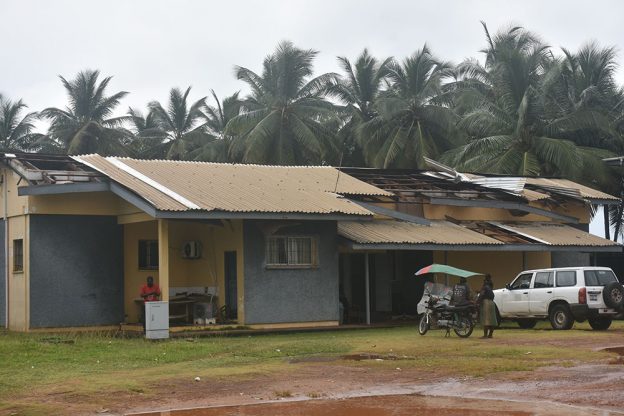 Heavy rain and a powerful storm have caused severe damages to offices and rooftops at the College of Health Sciences at the University of Liberia (UL), mostly affecting essential documents, computers and other electrical appliances.

Most of the offices on the executive side, including the conference room, were destroyed by a storm early Friday morning on November 6, 2020 at the A.M. Dogliotti campus in Congo Town.

Immediately following the incident, the President of the University of Liberia Rev. Dr. Julius Sarwolo Nelson and other UL officials visited the campus to assess the impact of the damage.

Madam Fati Walters Zeaglor, Executive Assistant at the College of Health Sciences, University of Liberia, said the college’s operations are going to be momentarily stalled because most of the essential offices were affected.

“Our fear is [if] the documents are [not found], if they get damaged, we hope we can retrieve it, but it’s just going to delay the process, it’s not going to stop it,” she said in response to what implication will this damage have on the current semester. She expressed hope that the administration can make quick intervention for immediate repair of appliances so that there cannot be a long delay in case they do not retrieve documents that are affected by the rain. “I hope and I think it’s going to be an immediate repair because the President of the university was here this morning to come and assess the damage himself,” Madam Zeaglor said. 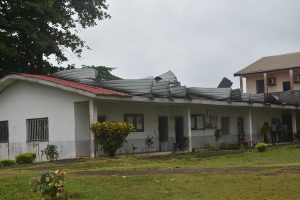 Mr. Jefferson Walker, Director of Plant Operations Department at the University of Liberia, said his team has assessed the damage but it was difficult to immediately cost the renovation. Regarding the timeframe, Director Walker also declined being definite citing the unpredictability of the weather, which he said is critical in doing renovation that involves extensive reroofing.