Board of Inquiry on Student Disturbance Submits Report The Chairperson of the committee, Ledgherhood Rennie said the committee started its work in March with a scope to derive a work-plan to begin implementing the best way to get to the bottom of what led to the disturbances.

“Considering what we had on hand, the police report of the disturbances, we thought to talk to key actors who the police named and persons of interest to give a ‘bird’s-eye’ view on what led to the disturbances on the Capitol Hill and Fendall campuses of the University,” Mr. Rennie disclosed. 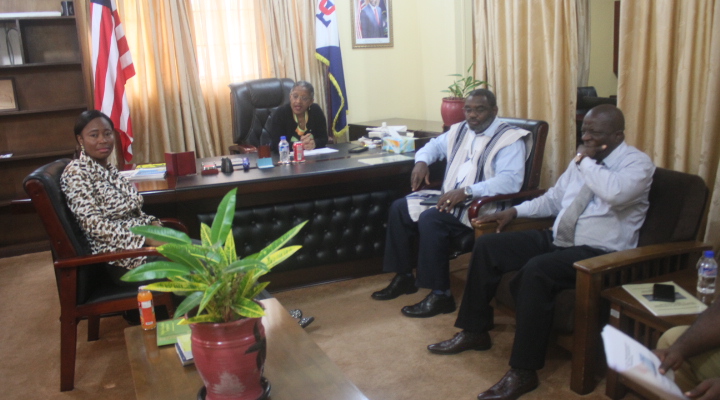 Mr. Rennie described the report as detailed and comprehensive, adding, “This is an opportunity for the University of Liberia to gradually move away from a climate of polarization to a true collegiate of academic environment.”

Mr. Rennie said he believes if the recommendations in the report are implemented, it will go a long way to quell the root causes of disturbances on the campuses of the University of Liberia.

Receiving the report, UL President Dr.Weeks, thanked the committee and promised to present the report to the UL Board of Trustees and the UL Cabinet for review and possible implementation.

“There have been many internal and external committee reports presented into various student disturbances at the university, but not many of those reports were presented in the fashion like is being done today,” Dr. Weeks said. “I want to thank you for putting so much time and energy into this work.”