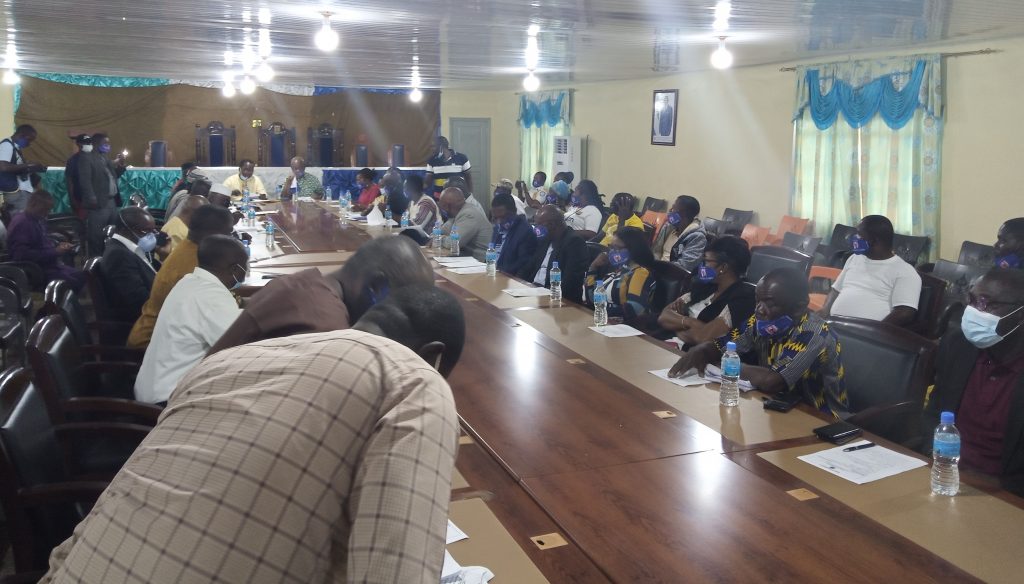 The University of Liberia (UL) and the Njala University (NU) have signed a Memorandum of Understanding to strengthen cooperation and academic collaboration between the two institutions. The ceremony, which took place at the NU Secretariat on Friday, September 3, 2021 in Sierra Leone, was the culmination of a visit by a UL delegation to Sierra Leone headed by the President, Rev. Prof. Dr. Julius J.S. Nelson, Jr., to build and formalize mutually benefiting partnerships with higher education institutions.

The MoU between the UL and NU will serve as the foundation for faculty and students exchanges; revision and enhancement of programs; joint research and project execution; cross-credit course offerings; faculty and staff capacity development programs and more.

Speaking at the signing ceremony, NU’s Acting Vice Chancellor and Principal, Professor Andrew A. Baimba, expressed glee over the consummation of a formal operational framework and working relationship between two important academic institutions in the sub-region. Prof. said this “long overdue” partnership will be mutually rewarding for students, faculty and staff of the two universities.

In his statement at the ceremony, Prof. Dr. Julius Nelson thanked his counterpart, students, administrators and faculty of NU for the milestone reached and promised to set up a team (upon returning to Monrovia at the end of his academic partnership tour in Sierra Leone) to ensure the immediate actualization of provisions of the Memorandum of Understanding.

During the final discussion held at Njala’s Secretariat just before the signing of the MoU, the UL delegation highlighted student exchange, faculty development and the establishment of a doctoral program as their priority interests in the partnership while the Njala University Administration stressed the strengthening of their Law School based on the history and reputation of the Louis Arthur Grimes School of Liberia of the University of Liberia as a priority for them.

Prior to the signing of the MoU on Friday, the delegation toured Njala University’s two campuses in the City of Bo and after signing the team toured the historic river-side main campus in Njala.